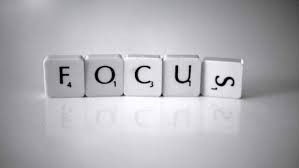 For a maker, the ability to Focus is one of the most important assets even over their technical skills. Cal Newport in his book ‘Deep Work‘ predicts that Focus will be a competitive advantage for the makers. In this post let us examine some Do’s and Don’ts to achieve better focus and thereby better success.

Sandra Bond Chapman, founder and chief director of the Center for Brain Health at the University of Texas, suggests things that we can do in our every day life to focus better.

When we multi task, what we are actually doing is switching tasks. As in a production run, even in our head, there is a cost to switching from one task to another. There are certain tasks that are conducive to multitasking, and some that are not.

Where we can multi task

The above tasks use different parts of the brain, so this makes it possible to do both these tasks simultaneously. As for driving the car, the brain is inherently capable of prioritizing the more important task of maneuvering the vehicle, so at best you may lose a few sentences from the podcast when tackling a tough turn.

Where we should NOT multitask

In the above cases, we end up doing task switching multiple times when we multi task. The activities use overlapping parts of the brain, causing a heavy strain and overlap. Pausing one activity and completing the other would be best usage of our time and brain effort.

Whenever you listen to multiple inputs about an incident, zone in and out of the information to capture both the big picture and fine details. By being hung up on small details we often lose big picture and we do it more often than we think.

For example, trying to prove an analogy as a misfit by using irrelevant info rather than using it to understand the point of discussion. We can often see this in many political debates.

Forcing ourselves to think from the other persons point of view, helps us to both understand and be empathetic. Chapman in her work with US Navy Seals, ask them to consider why Osama Bin Laden was a charismatic people leader to some people.

Extending the concept, I would urge people esp vehement opposers of some political person like Trump or Arvind Kejirwal about why he was successful in his mandate. Instead of justifying with popular theories that  are in alignment with your frame of mind, consider the thought process of those in the other camp.

This broad based thinking is essential for a visionary. It also helps in exploring highly volatile or uncomfortable ideas without getting emotional. Like the famous saying,

“Walk a mile, in the other person’s shoes.”

Schedule for tiny breaks in your work. These tiny breaks, allow your brain to assimilate the information accumulated in your brain on the task at hand and give new perspectives and breakthroughs.

Winston Churchill prioritized his afternoon nap even during crisis. Many people go for a run. Even short bathroom breaks can help you relax and give you  new perspectives.

During these breaks instead of falling into the trap of social media, try to do things like going for a run, meditation or even taking a nap. Give your brain a real break instead of feeding it irrelevant and non-sense info.

Tim Ferris talks about ‘Information Overload’ in his book ‘Four Hour Work Week‘ He recommends staying away from all news for a prolonged period of time. News channels provide multiple visual and auditory inputs, which are sensational. This is nothing but an emotional hijack and almost always adds no value to us.

Prefer books over blog posts or magazines has they tend to have deeper knowledge. A blog post or a magazine article is a good precursor for broad based knowledge. However, it does not replace learning deeply on things you need to learn in order to perform well.

Even recommendations of reading 60 books a year is not necessary. Decide what areas in which you want to develop your knowledge and pick books that add value to this goal. When you follow this , even if you read only 1 book a month, you will be much ahead of people in your field.

These simple methods not only enable you to become more productive, but can also lead to overall cognitive development of your brain. The constant interruptions are causing your brain power to deplete. So beware and get focused.

In the next blog, we can see some tools and techniques that can help you focus better.

App Recommendation: University of Texas has a built a free ios App called ‘Brain Health‘ based on the above suggestions.

Inspired from: this article from Fast Company.