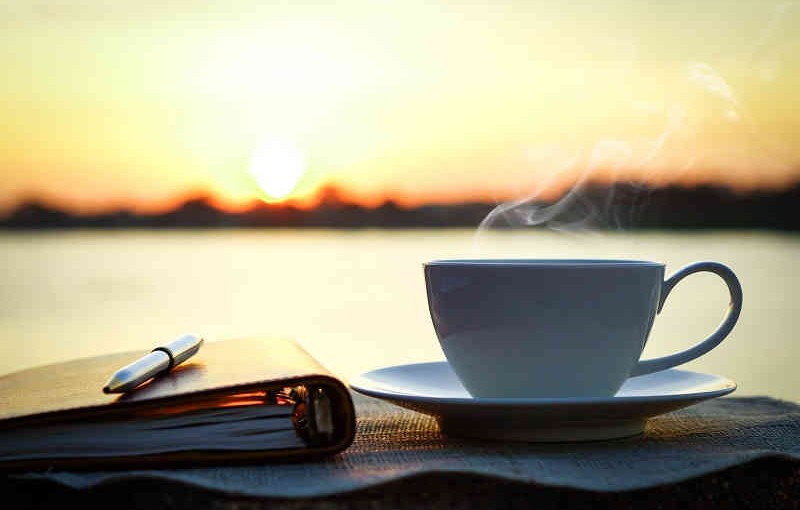 Imagine the following scenario. You wake up in the morning with the alarm ringing in your ears. You know that you must leave for work in an hour or so. You brush quickly, take a bath and put together a quick breakfast, something minimal like a sandwich with jam and a quick cup of tea. The clock is ticking away and the rest of your morning is spent getting dressed as fast as you can and getting your office bag in order, while taking a few quick looks at your phone for new emails and updates. Finally you rush out of home hoping to catch your train / bus to work.

Now imagine that you wake up in the morning and spend a few moments to stretch and take a deep breath. You enjoy the view from your window and steadily start your next sequence of actions. You fix yourself a healthy breakfast rich in nutrients and have it slowly enjoying each flavour. You spend some lovely time with your loved ones. You take some time to work out, meditate and read a book. Then you get ready for the day. You transition from shut-eye sleep to complete wakefulness in small steps, fresh and ready to face the day. You become a healthier and better person day by day.

Which one of the above is you? END_OF_DOCUMENT_TOKEN_TO_BE_REPLACED 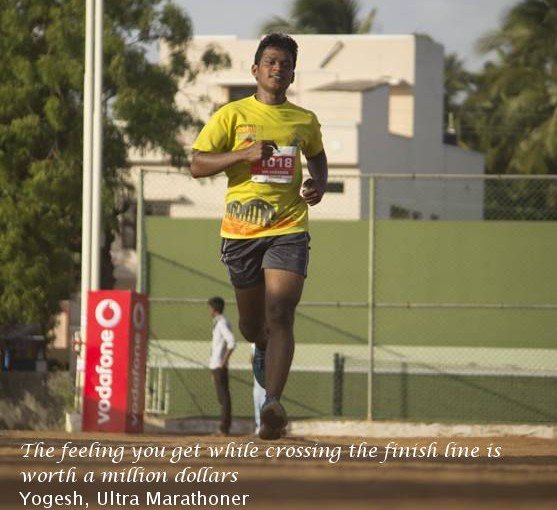 Varadan Yogeshwaran @ Yogesh is a good friend and colleague of mine where we were part of the same ToastMaster club. Another common passion we shared was running, but I quickly realized Yogesh was a different league of a runner than my dilettante of  half-marathons. He was then running Full Marathon and 50KM runs at the drop of a hat and was practicing for his first 100Km run, which he later completed successfully. Yogesh truly ran an extra mile in everything from work to play and everything in between. Yogesh was running 100 Km, leading a critical project at work, championed corporate safety initiatives, headed an active toastmaster club all at the same time and remained grounded and humble after all of that.

His story is a great example of what can be accomplished by doing the right things consistently. Here is a snippet of our discussion for your reading pleasure. END_OF_DOCUMENT_TOKEN_TO_BE_REPLACED 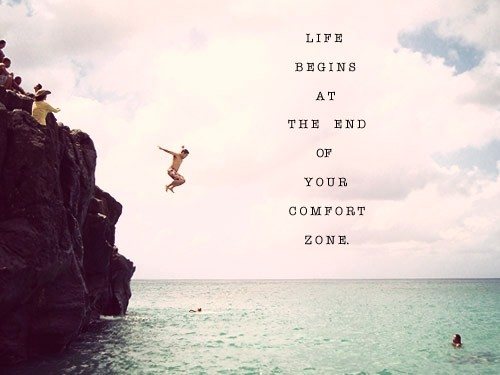 We, as humans, certainly have a lot of hobbies. Some of us paint, some of us collect things, some of us travel and some enjoy things as connoisseurs. However, almost every human enjoys ‘dabbling’ in something at one point or the other. Hold on. What exactly is dabbling?

Let’s see. There are two ways to do anything that has methods. One way is to acquire as much knowledge about something as you can and then start doing it in tiny meticulous steps, making sure that everything is done right every step of the way. Another way is to find out about something as little as you can, then jump straight in with both your feet, learning on the go and enjoying the experience despite its flaws. This second method is what I call the art of ‘dabbling’. The term comes from ducks plunging head first into the water and paddling the surface of water! It is also used when a person tries out something with minimal research to see what works for him/her. END_OF_DOCUMENT_TOKEN_TO_BE_REPLACED

Year 2016, will be the centenary year of this Music Legend, a time to look back and see what made M.S, the Iconic Legend that she is.

In South, it is very uncommon to have any pictures in the wall, even of the families themselves. No wedding pics, no pictures of children. The only pictures that ever adorned the walls were that of Gods, Dead Great Grandparents and that of M.S.Subbulakshmi fondly called as M.S. I remember going to a friend’s place where every wall had a picture of M.S, every album ever released of M.S.Subulakshmi was in their music collection in every conceivable form of audio recording that had existed till then from Gramaphone records, audio Cassettes, Compact Discs and Mp3.