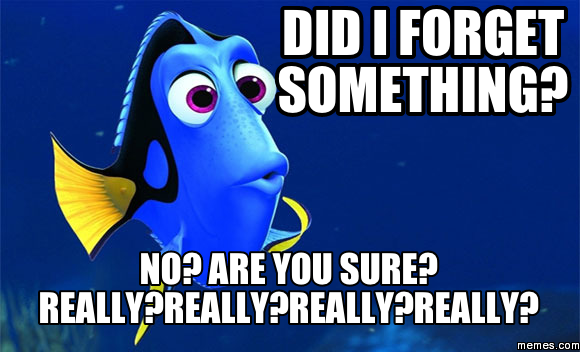 “Oh drat!”, says Ashok, as he gets up from his computer chair. “I am printing a 12-page stock investment statement, but ran out of paper sheets at 5 pages. If I study this report today, I can plan for our investments for the coming financial year. Baby, I am going to the department store to get some A4 pages, okay?”, he says to his wife Bindia.

“Okay dear…. but, can you get some sweet corn while you are there? Let’s have some nice corn soup instead of the same boring tea in the evening.”, adds Bindia. Ashok nods at her, “Okay”, and is on his way to the store.

Later, Ashok enters his room with a stack of papers, ready to print the remaining 7 pages. While he is shuffling the papers, Bindia comes behind him and asks, “And where is the corn?” Ashok is confused, “What co….. oh drat! I forgot baby! Sorry!”.  Bindia is disappointed, “But I asked you to remember, honey. It’s not like I called you up in the middle of your shopping or when you were driving. I told you well in advance. Don’t be so forgetful, dear. So, it will be the same old boring tea again.”

How did corn slip through the cracks? Do you think Bindia has done enough by telling Ashok to get the corn before he left for shopping? Do you think Ashok is justified in forgetting because he was busy with something else?

My problem #1 with this couple

It’s only when his computer shows an error that Ashok notices that the printer tray is empty. He hasn’t been keeping track of his A4 sheets. By the time he does, it’s too late and he has to rush to the store. It’s not until Ashok’s whim to dash to the store that Bindia has her own whim — having soup for the evening instead of tea. She mentioned nothing of that sort during their weekly grocery shopping, so they don’t have any corn today.

Ashok and Bindia react to triggers and whims. Ashok doesn’t replenish his paper supply until he runs out of paper. Bindia makes last minute menu changes. The couple lives life on impulse rather than deliberation. Reacting to impulse makes your actions sudden, hurried and uncertain. So your mind is confused and stressed. In its stressed state, it wants to unload. It starts by sacrificing peak performance of its faculties one by one, the easiest being short term memory.

It’s natural that in his hurried state, Ashok’s short term memory doesn’t want any more load. Ashok looks at Bindia in the eye, acknowledges her request for sweet corn and even agrees to act upon it. But once out the door and focused on his papers and the report (primary concern), his stressed brain drops all other short term memory, e.g. the corn, to retain its peace.

It’s possible that if their son Chinmay had placed his own demand for a cricket ball from the store, Ashok would have forgotten that too.

Problem with Bindia’s method of request

While Bindia did remind Ashok well in advance to buy corn, note that her request was merely spoken. Spoken word is temporary and lost in time. Why do you think that lawyers, scientists, governments and large private companies want everything in writing? That’s because spoken words depend on the abilities of brain’s short term memory. Things can be forgotten or misinterpreted later.

Bindia’s spoken request for corn was depending 100% on the ability of Ashok to remember it once at the store. Here are some problems with an spoken request.

How Bindia can do better

Bindia has to realise that short term memory doesn’t work the way she wants it to. She has to take more responsibility in making sure that Ashok remembers things without relying on his short term memory. 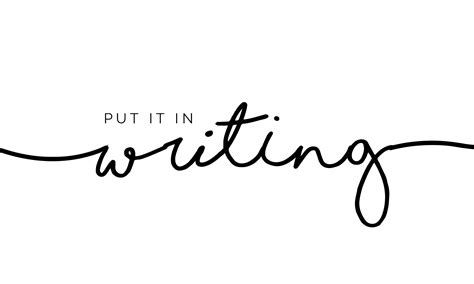 Here are some things she can do.

How Ashok can do better

Why should the onus of making the list be on Bindia? Well because she is the one who comes up with whimsical shopping lists? So what? Can’t Ashok initiate a written list? Ashok can get a pen and a small piece of paper or open his notes app to take down Bindia’s request? Why not Ashok be the one who creates a common empty list for the family and invites the others to add their wishlist items to that list? 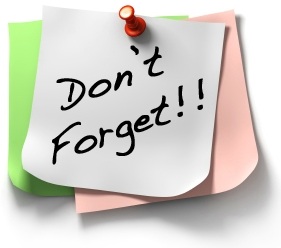 Short term memory is fickle and not something we can rely on. So someone has to prepare written notes that can be referred to. But… no one has to assume that the task of making a list is the other’s responsibility. Both of them can be proactive about making written lists and notes. Whenever Ashok leaves home for an errand or for work, and Bindia has her own tasks to be done, she should approach him with a written list. But if she only speaks out her wishlist, then Ashok should make the written list himself without any grudges, but should gently remind Bindia that written lists work better for him.

Whimsical requests can fall through the cracks and should be avoided when possible. Worse are whimsical spoken requests to get stuff done. Spoken requests rely on the short term memory of the requested party and passes the guilt of a forgotten request to their shoulders. It is better if the two parties work together and create written lists, notes and routines.