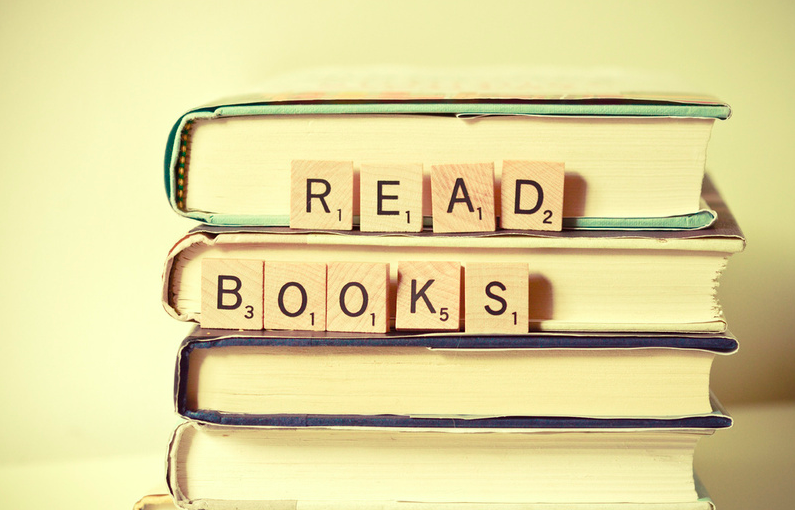 At Amritsar, the Golden Temple looks magnificent inside a sparkling lake. The Harmandir Sahib Gurdwara is the most sacred place for the practitioners of Sikhism. Under its golden dome, in the centre of the sanctum sanctorum, lies an artefact that the Sikhs consider their Supreme Being. It is called the Guru Granth. It is a book. It is considered the ultimate Teacher to the Sikhs, prescribing how a Sikh should lead a life of honesty, respect and dignity. For the Sikhs, the Guru Granth is not just a book, it is a living being with a soul.

While other religions do not directly worship a book, they too revere books which teach them the way of life. Christianity swears by the Bible and Muslims look upto the Quran. Hindus do not hold any one book as their chief scripture. While modern Hinduism heaps a lot of praise on the Bhagawat Geeta, there are plenty more such as the Upanishad and the Vedas.

I am agnostic with no belief in religion. However I cannot help praising the fact that every religion revers the ‘written word’. Every religion I am aware of respects the experience of the people bygone and recommends that we read their ‘written word’ and try to make our life better by using that repository of knowledge. It is also what our parents told us during our childhood and what all successful people keep saying time after time. Let me make it short and sweet. “Read Books”!

Every religion I am aware of respects the experience of the people bygone and recommends that we read their ‘written word’ and try to make our life better by using that repository of knowledge.

Here is the eternal argument! “Physical books are better vs e-books are better”. Let us put an end to that. I am using the term ‘book’ loosely. Our parents told us to read physical books and not e-books, because that’s all they had those days. I often hear this argument about the “tactile feel of a ‘real’ book” being ‘better than’ the “abstract digitisation of an e-book”. Let me clear it up once and for all. The medium DOESN’T matter. Physical books and e-books are equally good. I would say stock both versions of the same book, because each has its set of advantages and disadvantages. And I am including both long-form reading like 500-page books and short-form reading like magazine articles and informative blog posts. Long-form reading assists you in diving deep into a topic, while short-form reading can deliver many small doses of information in a short time. Both forms of inputs are necessary, with neither being superior to the other. When I use the term ‘book’, I am talking about the ‘written word’. Someone having recorded information by writing it down in words, so that someone else can refer to them later.

I do wish to make a distinction here. I am talking about reading actively to boost your brain and make a difference in your life. I am including books like autobiographies of great persons, non-fiction self-help books and powerful stories (both fiction and non-fiction) that provoke your thoughts about or against the status quo. I am rejecting magazines like Filmfare, which load gossip from the film industry, blog posts with abusive language and even mainstream news, which cause sensation but make no difference in terms of improving our lives.

Decline in the reading habit

This may just be just my personal observation, but despite reading options now available in many forms such as physical books, e-Books, audio books and the like, I feel that active reading as a habit has reduced over the years. The reason is the instant gratification options. During our parents’ generation, the only way to spend their leisure time was by getting physically active as in playing outdoor games or by reading books. Active reading to boost one’s brain would have been a prevalent hobby and possibly one of the very few options available.

Then television came along. Initially informative and opening up our perspective to a bigger world, television suddenly shrank into a series of mindless sitcoms and passive entertainment. Easy to consume, television rapidly replaced the reading habit. Then social media happened. Between television and social media, we suddenly had two mindless, instant gratification ways to cure our boredom or at least temporarily delay it. With two players in the choice, reading was discarded as even an option for a lot of people.

However the written word has some advantages that other media cannot have. This is what gives reading the unique experience of being a mind boosting activity. Here are some.

Pick the brains of your mentor

Jamshed Tata, Bill Gates and Jack Ma. The world has produced its share of millionaires and billionaires. If they are so successful, there is certainly something to learn from them. Let’s talk to them. Can you call them on phone? Nopes, you don’t even know their phone number or e-mail address. The ones that they give out in public reaches the secretary of the secretary of the secretary. Okay, then let’s get an appointment. Hold on. Rich people do not hand out appointments to persons without knowing if he / she can give them any value. It has to be your value in exchange for theirs. In fact, that is why they are rich. They have mastered their time and do not take unproductive distractions lightly. You’d never get a free appointment with a billionaire. Okay, maybe they conduct public seminars / workshops which I can attend. Well, because they are in demand, it is hard to find a guaranteed slot in their seminars. Also their public lectures are a commitment against their time, so they charge big. Maybe out of your budget. Okay what then? Fortunately, most inspirational people listen to you and they know that people want to know the story of their journey and the principles that guided them to success. To reach an audience of millions, they write books. You can pick up one of those books and get under the skin of a millionaire or a billionaire. At a low cost.

Adolf Hitler was a military expert who pioneered the Blitkrieg warfare. Not a likeable person, but the military manouvre was a genius. Mahatma Gandhi valued truth, justice and dignity above everything else. He also mastered the practice of non-violence and boycotting to win freedom for India without bloodshed.

While there may be a one-in-a-billion chance to set up a personal meeting with Bill Gates or Jack Ma, it is impossible to meet Hitler or Gandhiji personally. But through ‘Mein Kampf‘ and ‘My experiments with truth‘, autobiographies written by each respectively, it is possible to know what the two men, polarly opposite in personality, were thinking when their nations were going through injustice. You can see how hate-filled Hitler thought that revenge was the only option to right the injustice done to Germany during World War I. He created World War II. On the other hand, compassion-filled Gandhiji was all about winning things through love, non-violence, diligence and firmness.

You do not need to consult an expert psychologist to analyse the two persons. They have written about it in their own words via their books.

Explore cultures from a different time and region

Let’s say someone wants to share the culture from his/her region or from his/her era with the world and that you want to know about that culture. The method with the least effort is for them to write it down and for you to read it. Sure, you can watch documentary movies about a region or one that portrays a different era. But someone has to put out the documentary film, which requires both more effort and money that writing in words. The effort is highly skewed towards the creator of content, while the consumer passively watches. Secondly, there is no way emperor Julius Caesar could have filmed a documentary about his era with the technology available those days. Someone needs to read the scrolls and tablets from that era before a motion picture documentary is made. On the other hand, let’s say you want to explore a different region. You can always visit it yourself and live the experience. But sometimes, travelling to a remote place takes a lot of time, money, physical energy and even guesswork. You can go there by all means, but wouldn’t it be great if you can read about it first and then decide if you want to go? And if you wanted to know what happened at Machu Pichu all those centuries ago, you cannot visit it as it was during the Incan era. You can only visit the ruins and read written word about what it was like then.

Here is an extra advantage for all those who read physical paper books. Once the book is in your hands, you don’t need technology. You only need literacy and a willingness to read. There is no complicated app to download, no format dependencies, no plan subscriptions, and best of all, no power source required and no battery threatening to run out. You can simply open a book and lose yourself in it’s world. The only time you need electronics around a book is when it is dark and you need to switch on some form of light source to read your book.

There may be millions of addictive apps and passive entertainment like television. However the written word has endured generations of technological breakthroughs and it is here to stay. Because, as humans, we are always looking to build relations. Through the written word, the writer is building a special relationship with the reader across the chasm of space, time, social status and physical abilities.

If you are looking for inspiration on what to read, please check out our We Recommend section.