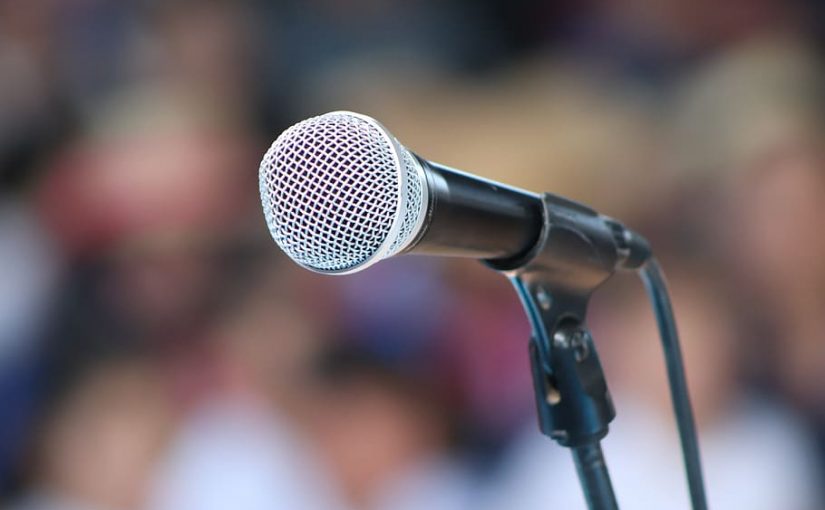 The first time I gave a speech to an audience was when I was in school. It was an English eloquence competition. Although I had written good essays for a long time, I had never participated in a speech competition. My motivation to enroll was that there were only 4 participants including me. So statistically I had a 75% chance of getting a prize for just showing up.

On the day of the speech

I had written a really good essay. Or rather, my mom had written a great essay for me. I memorized it the best I could. I decided not to complicate things. I was not to worry about body language, voice tonality, pitch, delivery etc. I simplified my intended delivery to just three simple rules.

But there was never a moment in which I did not break the three rules. My own rules. Which means that for the entire duration of my speech, I stared either at the paper or the floor or at my English teacher.

The 25% chance event and my crushed ego

There were butterflies in my stomach and I had my first out of the body experience. I had no idea what I was saying and everything seemed to be happening around me.

It wasn’t a surprise when the 25% probable event of no prizes was the one that happened. My idea of becoming a leader came crashing down. Having been an achiever most of my life, ranking fourth among only four people was unfathomable to my young mind.

Winning with the paper I did NOT present

When I was doing my professional course in cost accounting, the staff in the institute asked us to participate in a presentation for a title that I did not understand, i.e. ‘Economic Value Addition (EVA) to Stakeholders’. At that time, I did not know what a paper presentation was. Nor did I understand EVA or stakeholders.

A senior, who was walking out of the institute after submitting his paper, gave me a briefing on the concepts and some references. I scoured the library, borrowed some books and searched the Internet (Google beta days). The paper was presented on stage by my friend with whom I worked for the presentation. To everyone’s surprise including ours, we won. It was a national level convention and I wasn’t even on stage, except while collecting the prize.

The hidden truth and changed beliefs

On someday after that prize-winning event, in order to escape being punished for coming late, I showed my college gatekeepers the winning certificate, citing that my delay was due to attending that event. It magically landed in my principal’s hands and I was given a standing ovation in the college assembly for this prize.

My whole department started sending every paper presentation directly instead of posting on the college bulletin, asking for participants. I was even asked to deliver a presentation on an economics concept for the class, a concept whose lecture I didn’t attend. Attendance wasn’t compulsory in that subject due to some administrative goof up.

Everybody believed I could give a great presentation, when I myself didn’t think so. And magically I started doing it, over and over in my class and in a number of colleges. I also campaigned for a classmate for the college elections. I was the Master of Ceremony for my senior batch farewell. I repeated the role in ICMA Institute student convention.

In my first job, through my ability to speak publicly, I trained freshers, quality associates and even the clients. In my MBA class, I became the go-to person for group presentations on any topic.

I joined the Toastmasters, presented several speeches and went on to win the Competent Communicator award. I won more Toastmasters club-level competitions and managed the club as the vice president of eloquence training for a long time.

A reality built on misinformed beliefs

My disastrous experience at school could have ended up being the only time I ever spoke to a group of people. But fortunately someone with misinformation believed in me, when I did not believe in myself. That misinformed belief swept me in the direction it wanted to push me.

And thus, I created my reality, which is the ability to stand up and speak, reported as one of the most dreaded experiences among human beings.

It’s not coincidental that this post shares a theme with another one of my posts, that speaks about my mountaineering expedition. I wanted to show you that you do not have climb mountains to overcome your limiting beliefs. The mountains that are to be climbed are within ourselves.

Even in everyday circumstances, we carry limited beliefs and let them stop us from becoming who we want to be. The skeptic inside you may want to believe only when you see for yourself. But the truth is that many of the successes in my life have been due to the belief that somebody else had in me even when I didn’t have any.

Medicine has long known the effects of belief. Sugar-coated pills have cured people from various limitations, be it fear of heights or serious fatal diseases like a brain tumor and blood cancer.

In the book ‘Predictably Irrational

‘, Dan Ariely talks about a surgeon who gave the patients make-believe surgeries by wheeling them to the operating room, giving them anesthesia, cutting a small incision and then sewing back without any further medical procedures. He never operated on them. But the patients still recovered, thus leading the doctor to question any need for surgery even for serious ailments.

This shows that for you to believe in something or someone, the belief doesn’t have to backed by facts or past experience. If you think about it, there is no greater freedom!! Do you think it’s not possible to learn a new language beyond childhood? Do you believe that you can’t learn to drive a car? Do you think you are too young or too old to start a company? Are you convinced that you are of the wrong gender to do something? Or to quit your job and travel? Do you believe that you are too poor to serve the world?

How do you know for sure that your doubts are telling you the truth about yourself? Even if it seems so, is there any thing that cannot be changed by changing your beliefs?

39 thoughts on “iSpeak: From a nervous kid to a competent communicator”