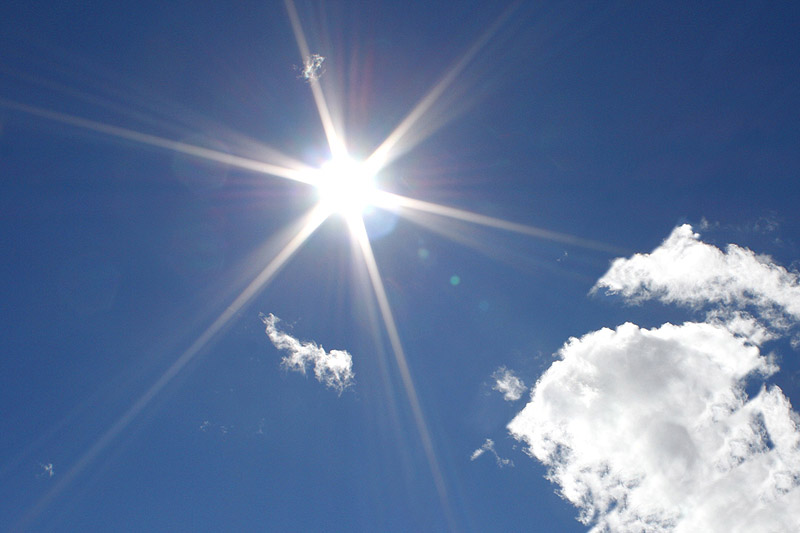 Summer is taking its toll here in Mumbai and all over India. Sultry nights are keeping people awake and the flow from the ceiling fan is never enough to cool down the ambient temperature. If at all, the fan seems to circulate a warm flow at the peak of summer. I, for one, found my bed too warm to sleep on. Everyone was turning their attention towards keeping cool and investing a lot on air-conditioners, coolers and the like. But I and Priya, my wife, found a better and a less expensive way to keep our home cool this summer.

Now, I have never been a big fan of conditioned air. To start with, an air conditioned room needs to be tightly shut and I have been someone who likes to keep my windows open most of the time unless it is noisy outside. Secondly, an air conditioner works like a fridge. It draws out all the heat from the room inside, but dumps it outside. Being on the receiving end of the hot reject is, let’s say, not a pleasant experience. Try riding your bike behind an air-conditioned bus or standing somewhere near the exhaust of a window A/C and you will know what I mean. I did not want to be the person who conveniently dumps hot air out of his room for others and the environment around him to suffer. And finally, our electricity bills for the last three months have not crossed 500 rupees per month and I have no motive for it to do so or worse, take it to 4 figures! I was pretty reluctant to invest in an A/C and I am happy to say that while Priya is not particularly against A/Cs, she respects and even supports my decision.

This led both of us to brainstorm on how to keep our home cool without conditioned air. After all, there are people living in really hot conditions in the poor regions of India and Africa and a lot of travelers have blogged about how the construction of their houses keeps the residents cool. While we could not dismantle our apartment to build it using clay or take any such drastic measures, we still believed that we could use something really simple and back-to-basics to cool off.

That is when Priya remembered that her parents had bought a special kind of woolen bedsheet during their trip to Dharamsala in Himachal Pradesh just before our engagement. The bedsheet was a wedding gift and we had packed it away and had not used it. The vendor had told them that it was more than regular wool. If the wool was splashed with water, it would remain cool for several hours. Contradictory to convention, the wool could be used in summer to cool down! What we did next made sure that our sleep troubles due to a warm bed were gone forever.

We draped the woolen bedsheet over our bed and used a spray can to create water droplets all over the sheet and then turned on the fan. The wool worked wonders. It remained cool all night as it retained the small misty droplets. The droplets kept us cool, but did not soak us and we started sleeping soundly.

It is amazing to see that so many issues have solutions right out of nature and that is what our ancestors and even the animal kingdom have been using. In fact, an entire field named Biomimicry has sprung up to come up with technology that directly mimics nature. While technology like A/Cs and fridge are a real boon to humanity, I feel that real innovation lies in going back to the basics and making scalable solutions that work just like nature. And one of the first things to do in order to learn that is to travel — travel a lot to places where technology is almost non-existent and find out how people live as one with nature everyday.

50 thoughts on “I learnt about: Cooling off in summer without an air-conditioner”