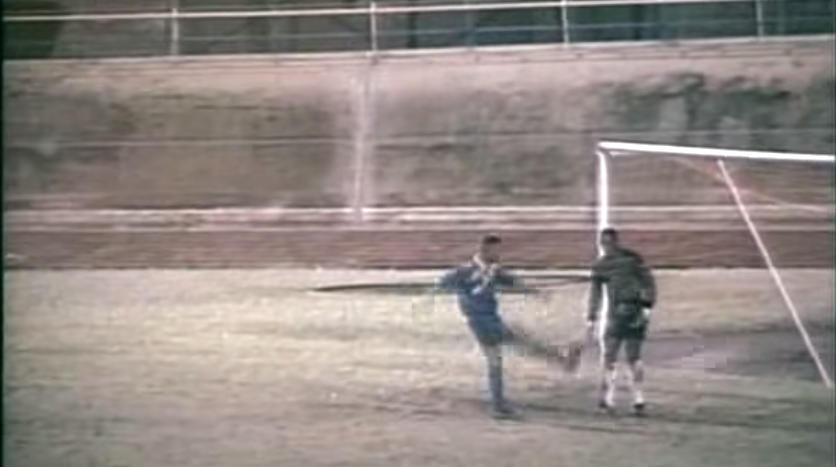 Big sports events are passionate, frenetic, dramatic and super fun. Sports also reveal the character of the participants. We come to know who is persistent and fit, who has nerves of steel and can rise to the occasion. At the same time, we see who can be magnanimous and who are lousy losers. We can learn a thing or two from big players in big events. Olympics, Tour de France, Super Bowl and the Football World Cup. So many things to observe & learn. However little did I know that the qualifying rounds for big events, where some of the smallest teams compete to try to make it to the big stage can teach some rather surprising and jaw-dropping lessons.

In this post, we will see how the national football team from Barbados thought completely out of the box and managed to qualify for Caribbean Shell Cup of 1994.

How the story unfolded

How the match went crazy

How the match went crazier

What happened at the final whistle?

The game thus continued in this fashion in what has been the 3+ craziest football minutes ever. To their credit, Barbados managed to hold out and play a 2-2 draw in a frenetic, exhausting 3 final minutes and whatever was added as injury time.

Infused with fresh belief, confidence and vigour and despite those exhausting final minutes, Barbados managed to find the Grenada net in extra time and win the game 4-2. For all their troubles, they booked a spot in the Shell Cup. Grenada were left thinking what could have been.

Here is a video clip of what happened that day!

The first thing that we can easily note is that Barbados thought completely out of the box, while still staying within the rules. It takes a very high presence of mind to arrive at such solutions.

Secondly their entire team was on the same page, right from the coach to the management staff to each of the players. The co-operation and the faith in such difficult moments made for a well-knit team. The only people confused were the bewildered spectators!

Thirdly, we can see what a huge risk Barbados took. It put them in a position where they were left guarding two goal posts instead of one. With no regular goal in sight, Barbados had to go for broke and think of an unconventional solution. They had the conviction to take a stand and execute it.

Conventionally you win a football game by scoring past your opponent, but in such a high pressure situation, Barbados thought disruptively and scored an own goal, definitely increasing their chances of winning, but also doing something that could have failed rather easily and invited criticism, insults and ridicule. They had something ‘innovative’ and unheard of, yet controversial by society’s norms, and they had the conviction to pull it off.

While the problem of winning an almost lost football match is insignificant for the world as a whole, we have seen several personalities who have thought completely disruptively and changed the world forever.

In a world where lighting gas lamps was a widely accepted norm, Thomas Edison invented the light bulb. That was in a world which still didn’t have an electricity grid. However, we don’t need second thoughts on whether the light bulb is a success or not. The world was hardly ready for Henry Ford’s cars, when galloping on horse backs was the fastest mode of transport. We are now already into a world with Tesla Motors and electric cars.

Have you ever witnessed a situation where you or someone you know solved a problem by thinking disruptively? Do you think disruptive thinking is whimsical or a skill that can be practised and honed? Please let me know through your comments below.