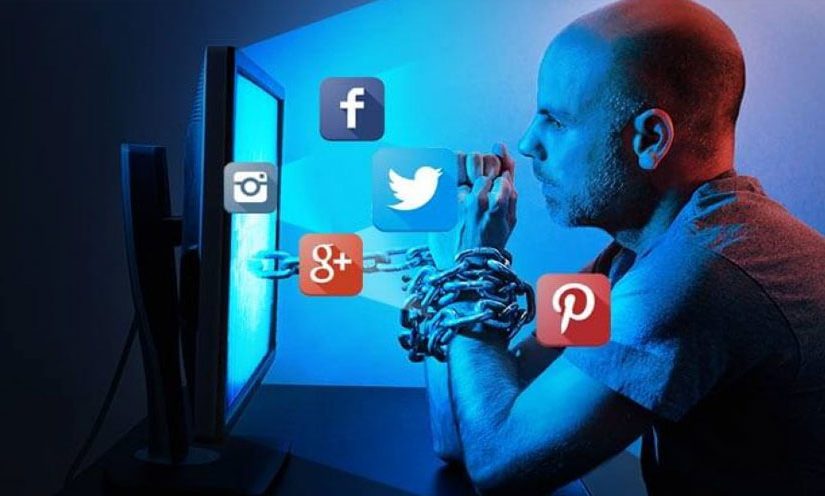 When it comes to using a smartphone, I am a vetaran. This is my 9th year with an Android phone. I started from the November of 2010 with a Samsung Galaxy S running Android 2.2 Eclair. My latest phone, Honor 7, runs Oreo 8.1. I have seen my usage patterns over nearly a decade and boy, I know what addiction to a smartphone, especially to social media means. The compulsions were many. Photos had to be shared on Instagram instantly. Wherever I was, I felt the urge to check in using Swarm. I repeatedly checked my Facebook timeline for the latest from everyone and I too constantly updated my latest status. WhatsApp was constantly buzzing on my phone. My addiction peaked between 2011 – 2014.

Since then, with the help of several habit-building podcasts and books, I have successfully set up habits to de-addict myself. These habits have been so successful that I don’t touch my phone for three hours after waking up. Nor do I touch my phone between 8:30 am to 5 pm on days when I am busy with my freelance work. Finally, I have a compulsory ‘turn off all electronic screens’ time after 10 pm. My laptop shuts down automatically if I don’t stop working.

None of the methods I suggest is radical. They are simple habits that make it hard for you to get to your social media apps. If you are an addict, then this post will attempt to cure you of social media addiction too. Please let me know if they work for you.

People often use different words for the same thing based on if the outcome is good or bad. We talk about fortune and fate for a whimsical event. We talk about a genius or a madman depending on if the person succeeds or fails following a radical idea.

The word ‘addiction’ is no different. We say ‘addiction’ when a particular behaviour takes over other things that we should be doing. We also say ‘addiction’ when a particular behaviour starts small, but eventually takes over most of the time in our day. Addiction is a subjective word. For all scientific purposes, addictions are habits. We form and break addictions exactly like we do for habits. If we understand the science of habits, we can cure addictions without requiring rehabilitation or alcoholics anonymous.

Both mention that a habit is usually formed by a trigger / cue for a particular behaviour. E.g. if you are bored standing in a long queue waiting for your bus, then it might be a trigger to whip out the phone from your pocket. The action phase is when you actually perform an action, e.g. pulling out your phone. The ease with which the action can be performed determines the likelihood of the action will be performed. E.g. if the phone is in your pocket, then you will most likely reach for it. But if it is inside a drawstring pouch inside a zipper inside your clutch which is inside a handbag, then chances are that you will avoid that action and look for an easier action to cure your boredom. The reward that you get from the action determines how often you will repeat the action next time. E.g. if your Facebook feed is full of interesting stories, you will get entertained until your bus arrives. You will get a sense of time well-spent and most likely repeat this behaviour the next time you are bored. Thus the sequence of Trigger / Cue – Action – Rewards feeds on itself and completes a cycle to create a habit.

Nir Eyal goes a step further. He also talks about a phase called ‘investment’. Sometimes systems reward you more for being loyal. E.g. Facebook and Google frequently make videos for your birthday and anniversary, having learnt more about you based on your loyalty to that platform. These small personalised surprises give you a greater sense of reward for using their system.

Social media addiction: The trap of a parallel universe

Why is social media so enticing? Unless you are as lucky as Priya and I to be able to enjoy an experience like India 360, your day-to-day life is mostly routine. Social media gives you the access to the life of everyone around you and gives you stories that are interesting, exotic and radical. It allows you to assume an alter ego that may not be possible in your day-to-day life. The biggest addiction I have seen is the ability to become a ‘one-day expert’ on any topic. During the football world cup, everyone becomes a commentator. During financial crisis, everyone becomes an economist. Finally, everyone writes essays similar to what we are asked to in school exams: ‘If I were the Prime Minister….’.

Social media sets up a parallel universe for you. One where you see others living a fantastic life and others get to see you live yours. Couple it with the fact that the experiences are one click away. That the app constantly reminds you that there are new things to see. That all your friends are in the app, so you want to be there. The triggers are in the form of constant notifications and unread message badges that remind and cajole you. The action phase is ridiculously easy. One click on the notification will get you into the timeline / home page. The rewards are in the form of unlimited stories, at least one of which you will be hooked to. The more you spend time on a network, the more features you will find and the more friends you will make. Thus your investment of time is seen as growing rewards.

The three-step solution to detox any bad habit

I talk about how to build habits you desire using the right nudges. That post focuses on reminders for action and making actions easy. Conversely, we can break a bad habit by taking away that which makes the behaviour easy. What if there were no reminders / triggers to start your addictive behaviour in the first place? If you somehow feel the urge to act on your addiction without any triggers, what if we make the action difficult to achieve? Finally, if you use immense willpower to somehow execute a multi-step action, how will it be if instead of rewarding you, the results of the action punish you?

Turn the reward into a punishment

If neither of the above two phases work, then it might be worth a look to convert rewards into punishments. For social media, it would mean an embarassing or disgusting timeline.

The above are hopefully effective ways to curb your lust for social media apps. But also note that these principles will help you curb a lot of bad habits when you apply appropriate measures.

So are you resolving to loosen social media’s grip on you from today? Which other addiction will you bust with the principles in this post?

One thought on “Escaping the seduction of social media”