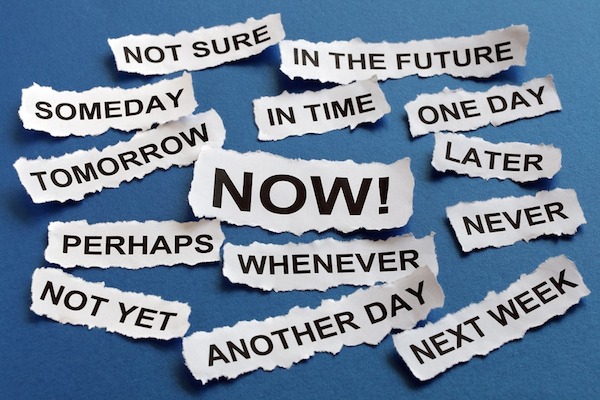 Person 1: “Just look at these photos. I too wish to take photos like these. If only I could save up the money to buy a DSLR, lens and filters.”

Person 2: “Would you look at this snow-capped mountain in the Himalayas? How I wish I could trek on it. Our tropical town is no good.”

Person 3: “Just wait and see. The day I am able to gather a team of experts around me, I will start my business and earn millions. But it’s so hard to hire experts.”

We all come across people who repeat such statements every day. They insist that their reasons for not starting are genuine. Lack of resources, lack of facilities, lack of experts and what not! But the one thing that they do not lack is EXCUSES. Instead of starting with what they have, they are willing to wait for the utopian day when they have the best of resources, which they assume will automatically turn them into experts.

Let us discover why it is not a good idea to wait for the best resources and how not to fall into the trap of excusitis. Let’s get started on our dreams today!

Why excuses are not genuine

Let us dissect the three examples above. Person 1 assumes that he will automatically take world-class photos if only he had a DSLR with lens and filters. It’s true that a DLSR takes better photos than a phone camera or a point-and-shoot. But only if used correctly. Person 1 may not be the best candidate to put a DSLR to its best use. A photographer, who is professional today, probably started with cheap, ordinary cameras. He/she learnt principles like photo composition, framing and other non-hardware aspects. Only then was he/she ready to use the complications of a DSLR. Person 1 had better whip out his cell phone and start shooting now to practise, make mistakes and master the device-independent basics of photography.

Person 2 has a staggering array of choices to start trekking. She can join organisations like YHAI to go trekking with experts in the Himalayas. That said, tropical areas have their own charm in the form of mountains with evergreen forests teeming with wildlife, monsoon, waterfalls and rivers with rapids. Person 2 should, in fact, get the feel for trekking at the shorter mountains of the tropics before she heads for the lofty Himalayas, where higher altitudes have their own complications.

Person 3 needs to realise that most businesses start with a single person solving problems for those who need solutions. The key is to look for small businesses who have problems that are a fit for person 3 as a consultant. From there, he can scale up.

The importance of doing the ordinary or even the sub-par

Successful people are often commended for their best work. People wonder how it is possible for champions to produce one wonderful piece of work after another.

But here is the reality. Today’s NatGeo wildlife photographers started a while ago with 2-megapixel digital cameras with mediocre in-built lenses. They shot pictures of cats and dogs in their neighbourhood.

Today’s best marathon runners probably started running in their neighbourhood with slippers or cheap canvas shoes on their feet. Today’s sports pros started with street sports like most of us. Just like us, it was common for them to make do with what they had, i.e. playing cricket with a tennis ball, tennis with a ping-pong ball and a badminton racquet, football with a basketball and vice-versa. Everyone should be ready to start at the most ordinary and rudimentary level. We do not need the best equipment or resources. We need to learn the basics with what we have. Starting with the most rudimentary resources lets us know if we are really interested in what we are doing. Bailing out of a disliked activity will be less expensive.

The stars will never align

The stock market is a crazy sport. There are some ambitious individuals who claim to be superstars. They claim to know when particular stocks will rise or fall. The term is called ‘timing the market’. Sometimes they get lucky, but otherwise, there are times like 2000 and 2008, when no one was right! Everyone looked on helplessly as stocks prices tumbled.

The best of investors will gladly admit that they do not know when prices will rise or fall. They will tell you to stick to certain types of discipline, e.g. setting a stop-loss so that failing trades will be cut with a minimal loss, buying only stocks which have already stared rising and not the ones that are ‘likely’ to rise. They have defined ways to make significant and reasonable gains frequently, such that those gains add up. They invest frequently and consistently. They do not wait for the perfect market conditions. This is true for almost every goal in life. We should not wait for the day when all the stars, planets, shooting stars, comets and what-not align at a certain angle in the sky.

You should not wait to start a business only when the market is ‘mature’ enough for your product/service. You’ll never know whether the market is ready unless you try. You should not postpone taking guitar classes for two more months just because your brother has examinations and your practice would disturb him. Instead find a different place to practice, like your terrace. You should not wait to launch your website until the design is polished to a world-class finish. Instead, launch it today with a functional design so that you can start collecting visitors, leads and sales.

The most important thing for going from a nobody to a world-class performer is constant feedback and tweaking. The more feedback you get, the more you can tweak, improve and systemise. Top performers commit to starting when they are far from perfect and then continuously study their feedback. Then they go back to the drawing board, make changes and come back. Again and again. Until they are better than everyone else. iPhone was the most dominant smartphone between 2007-2011. They did have one drawback. Most of iPhone’s interoperability was centred around Apple products, e.g. synching music with iTunes only, Bluetooth between iOS devices only, etc.

Google wanted to launch their own competing OS. But they wanted to make sure that the ‘premium’ and ‘exclusive’ factor of Apple was eliminated. They wanted to create an OS that would work on phones from so many vendors that a massive ecosystem of devices (not just mobile phones) would be created.

The earliest Android phones, launched through vendors like Motorola and HTC, were a joke compared to the polished and professional iOS. By 2016-17, we know how many Android devices took up the market and how Android matched and overtook iOS in terms of functionality. Where Android lacks in look and feel, it more than matches up with extra functionality, such as support for multi-SIM phones, additional micro-SD cards, significantly earlier support for VoLTE (4G voice calls) than iOS, multiple users on the same device, differently shaped devices, etc.

This was possible because Google did not hesitate to release an early prototype or clunky phones. They were ready for monetary losses in exchange for valuable feedback. With constant feedback and effort, they were able to put Android on the fast track to progress.

Lessons from nature’s most innocent creations

Perhaps we do not need to go to the world of high-performance sports, the stock market or technology to see how ‘starting when not ready’ works. Let us look at one of nature’s dearest creations — babies. If babies were to think that they’d only start talking when each sound is mastered to perfection or that they’d only walk when they could stand like a super-model, then we’d have a world of silent adults crawling on all fours! Babies start when they are reasonably confident about each move, i.e. sitting up, crawling, standing while holding onto something and walking a few steps. They start with simple sounds, unable to pronounce sounds like ‘r’ or ‘z’ and then progress to single words, sentences of four words and so on until they are fluent in their mother tongue. It is a wonder these funnily speaking and toddling beings go on to become fluent in multiple languages or run 100-metre sprints or 42 km marathons.

We have seen how important it is to start something even when you do not have all the resources for it, even when the timing is not right, even when others may ridicule or doubt you. Your focus, perseverance and continuous improvement will take you past the finish line.

31 thoughts on “Stop the excuses and start with the ordinary”