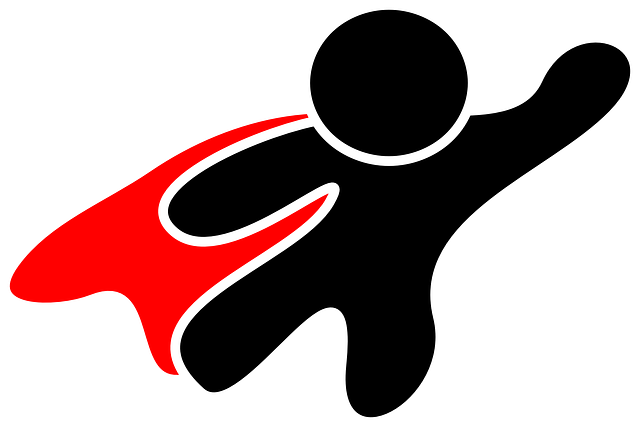 What does the term hero mean to me? For me, it represents a person I want to emulate. It is a person whose attributes I want to make a part of my life. It is a person whose life I want to study and learn lessons from, so that when I face a situation that he/she faced, I have an idea and an inspiration about what to do. There is generally an entire tribe of heroes that you follow as they inspire you at different ages, situations and fields. And since stories of heroes can directly affect your decisions in life, it is very important to choose your heroes based on who you want to be and the identity that you want to carve out for yourself.

We have aspirations and goals in our lives. But we are never the first to have those. Someone has already been there and done that. And they must have done that in a way that is extremely successful and with a story to tell. A story of trials and tribulations. A story of overcoming obstacles to finally reach the pinnacle. Choosing heroes means embracing their stories and using those stories to script our own. We will inherently start thinking, “What will <put your hero’s name here> do or will have done in this situation?” We’d have someone’s success to model and set our rules and make decisions when we are stuck.

How does one choose heroes?

This is one of those things in life that we automatically figure out and no one particularly has to teach us how to do so. It seems inborn in our nature to look upto people. Children who have been brought up at homes with healthy relationships automatically start looking at parents and elder siblings as heroes. Beyond that, it all depends on which field we like and which person in that field achieves something that resonates with what we ourselves want to do. Hero selection can be completely whimsical. A person who suddenly shoots to limelight with something radical that the world sits up to notice, e.g. Usain Bolt with a thunderous 100 metre sprint to gold. Or it can be someone who has been building up a life full of heroic deeds and has garnered respect all his/her life, e.g. late president of India, Mr APJ Kalam.

Can the hero selection process be manipulated?

The answer to this question is fortunately & unfortunately YES! It is possible for someone with sufficient influence over another person to brainwash the latter to think of an intended person as a hero. This influence may not last, but there is enough footprint about the intended hero for a following to happen at least temporarily. History as a subject in schools has been enough to systematically imprint into young minds the idea of certain heroes for a certain country / locality without sometimes giving those minds the whole intricate story. Television movies, series, documentaries and commercials have enough reach to create a tribe for an intended hero, once again, curating only as much as they want their audience to see.

Is there a way to choose our own heroes without getting influenced?

While getting a completely objective view about a person is virtually impossible in today’s sensational media, there are certain ways to gather information about a person without consuming the fat. It is best to avoid television as a source of a person’s story, since that media is no longer as objective as it used to be. Some channels like NatGeo, Discovery and History are reasonably fact-based. News channels are no longer reliable. Newspapers and magazine articles are going the same way as television.

But here are some sources that are still very objective. The first source is a person’s or a person’s organisation’s official website and RSS feed. Twitter and Facebook have too much noise. Secondly, if the person has authored an auto-biography or a fiction which resembles his/her own life, that source is good too. In fact that is the best way to dive into the person’s brain. It is unlikely that people pretend or write false things when they publish to the world, since they want to share their life’s lessons as it is for others to see.

Is it okay to follow imminent sports persons and movie stars?

Picking a movie star or a sportsperson as a role model is a bit tricky.

Movie stars perform several roles over their life time and some of these roles become cult hits. The one screen persona is a aspiration for many. But the way the brain makes associations, it begins to think of the movie star as that on-screen persona. I would recommend that you disregard all the movie characters played by the star and have a look at the star’s own life. Is he/she still worth following? It’s for you to answer.

The idea of following sports stars is similar. Does the person’s on-field character match what he / she does off it?

Another problem with the above two types of heroes is that their lives are largely sealed shut behind bodyguards and agents. I would prefer heroes who talk directly to people and bare their souls in front of them, discuss their stories, successes and failures. They should be the direct source of their own stories. We do not often see movie stars or sports stars doing this too often.

Here are some of the persons I look upto as my heroes in no particular order.

Who is the hero I just cannot do without

Priya, my wife. I just could not resist adding this to my list and am delighted to do so. It is our 1st anniversary on 15th April and this post comes just in time for that occasion. I have changed a lot for the better in the one year since our marriage, the biggest change being my transition from employee to entrepreneur, which was mainly Priya’s vision for me and she has been there every step of the way with her constant support and encouragement. Besides, she has done a lot of things that I aspire to do, be it travelling to all the states of India or the completion of 4 half marathons. She has also been open to learning and has picked up several things from me. The one that makes me the happiest is that she uses her bicycle as a real commute vehicle between home and office, instead of just using it as a symbol for environment friendliness. Priya, I take a bow.

24 thoughts on “Choosing your heroes”